Outstanding Employers – in so many ways 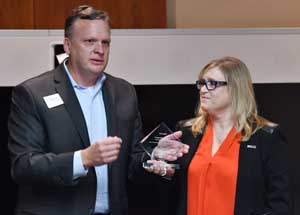 from across Minnesota resulted in winners across multiple industries, from family owned companies to major corporations, nonprofits and a small city.

The Outstanding Disability Employers, a dozen in all, were chosen from nominations written by members of the Minnesota Organization for Habilitation and Rehabilitation (MOHR), which have partnered with employers to provide support as needed for adults with disabilities.

“It goes to show that the people we serve are working across multiple fields, and in a variety of jobs, and more employers are starting to recognize what people with disabilities have to offer them,” said Mike Burke, president of the Minnesota Organization for Habilitation and Rehabilitation.

There were a number of parallel values promoted by these exemplary organizations. Among them were inclusion, excellent communication with the nonprofit and employee, opportunity for growth, support and advocacy.

Legislators, county commissioners and other local politicians attended many of these special award presentations and some even presented their own honors to the employer. After one such event, the employer requested even more workers to fill seven more full-time positions, which would likely offer 15 to 20 more individuals with disabilities to do the work. 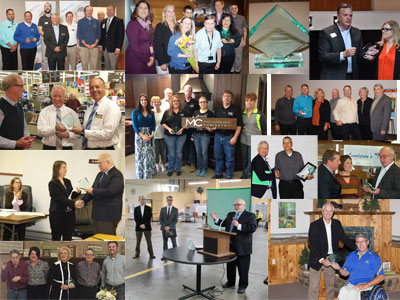 At still another, a candidate for governor spoke, and, for other celebrations, numerous state legislators got involved in presenting the employer awards.  Newspapers and radio stations reported the news, and two television stations did stories.

Employer nominees were scored based on several factors, three of them directly relating back to MOHR members:

The effort coincided with National Disability Employment Awareness month, which is celebrated every October.  It is hoped that MOHR will again recognize Outstanding Employers in 2018.