'Good' work, thanks to support from Udac and employer 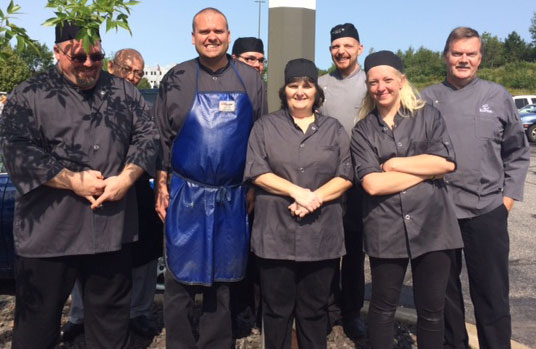 Thanks to Udac, a supportive work environment at the Eurest cafeteria, and fellow co-workers, James Good is gaining greater independence in Duluth.

He has worked at Eurest, the cafeteria services for United Healthcare, for almost five years. The operation serves 300 to 400 people each day.

“I keep a good attitude, by talking with the customers at work and building relationships with my coworkers,” Good said. “We respect each other at Eurest, even on days when people might be down. It’s like a family, and families have to stay with it.”

The food service employs 15 to 20 people in the kitchen.  Good works as a kitchen assistant during breakfast and lunch. Much of his work is done by hand. He washes sheet pans, trays, and other large items.

United Healthcare is one of the larger employers in Duluth, said Heather Opsahl, program director with Udac. “Their commitment to James and his success in his work environment is critical.”  Good started with a full-time job coach, and, as he gained skills and confidence, he needed less support.

Ultimately, he transitioned to a phone call once a month to check in with his coach to discuss how he is doing, Opsahl explained. “The employer has many natural supports in place”, she said. Udac provided assistance in the beginning with difficult tasks like helping him deep clean the grill’s hood, but the employer later found someone to help with this part of the job.

As James takes on more responsibilities and the position changes and grows, Udac will continue to support his career advancement.” 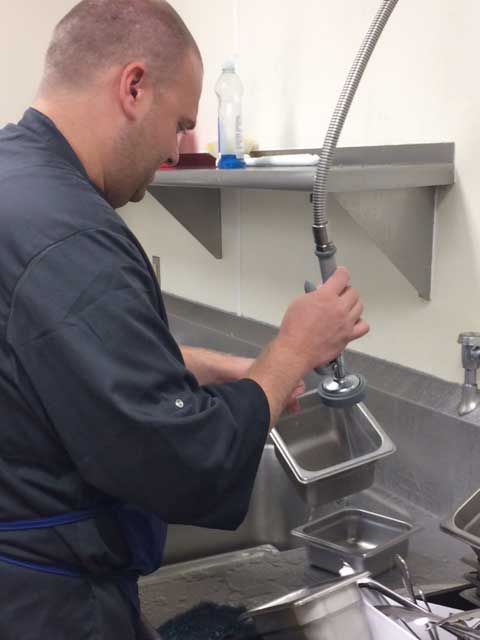 Good, 32, now lives in an apartment on his own. After receiving rides to and from work from Udac, he recently passed his driver’s test and purchased a new car and drives himself. “I love the independence I now have with my new car,” said Good.

He grew up in Duluth and is active in the community. Good especially enjoys his involvement with The Arc Northland. His mother is a leader with the group, and the two sometimes go to the Twin Cities for meetings.

Udac is a member of the Minnesota Organization for Habilitation and Rehabilitation (MOHR). It offers programs and services to adults with intellectual and physical disabilities, helping people to realize their potential and live every day to the fullest.