Making 'clouds go away' with integration in Rochester 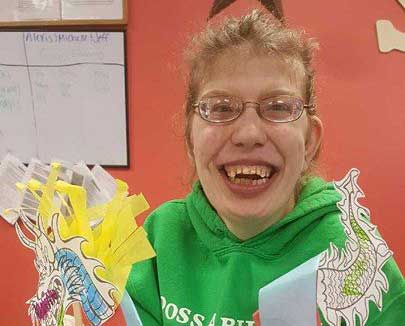 A young woman is maturing and has increased her speaking skills tenfold, thanks to the STARS community integration program at PossAbilities in Rochester, a MOHR member.

Blending employment and life enrichment, STARS, or Striving Toward Achievement, Recognizing Strengths) has had a major impact on Julie, who was often scared and unsure of herself 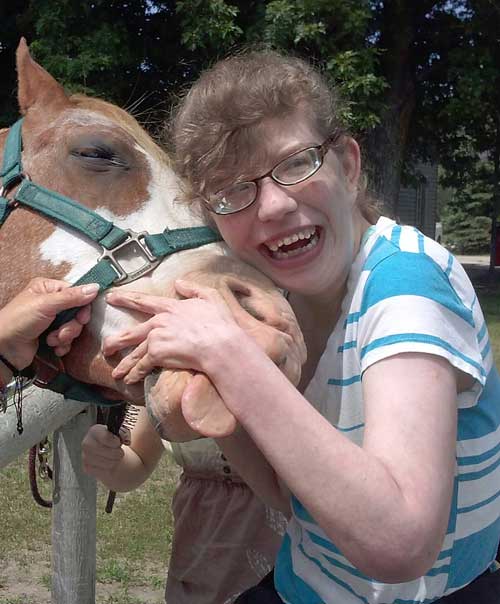 before she got involved, according to her parents, Bill and Rita. Julie learned to practice appropriate social behavior, and now loves to be with other people and is well-liked, they said.

Julie typically comes to PossAbilities to get ready in the morning and then heads out to volunteer, and visit places like the Spam Museum, zoo, the Salvation Army and parks, explains Cristi Lyke, enrichment services division director for PossAbilities.

The STARS program "has made the clouds go away for Julie, and brought out all of the heavenly stars for her to learn and be guided by.  It has brought stars into her eyes, happiness with learning how to transition more easily, and she is so much more social,” her parents said. PossAbilities staff have gotten to know Julie, and have helped her to adapt to societal expectations and requirements.

The STARS program began late in 2015 for participants similar to Julie who needed a blend of employment and life enrichment. Julie volunteers 20 hours a week and works about four hours a month.

“We are just astonished how it has turned her into a young woman, whose vocalization has increased ten times and has matured tremendously because of the STARS program,” her parents explained. “We strongly believe that it has been one of the most wonderful things that has ever happened for her.  We thank the “stars” every day that she was selected for the program, and we were allowed by PossAbilities to share this journey with her.”

As the STARS program moves into a new year, 15 participants will continue to grow and challenge themselves.  PossAbilities staff have said that Julie will be a leader in the group because she has come so far already, and has great potential.

(PossAbilities staff contributed to this story.) 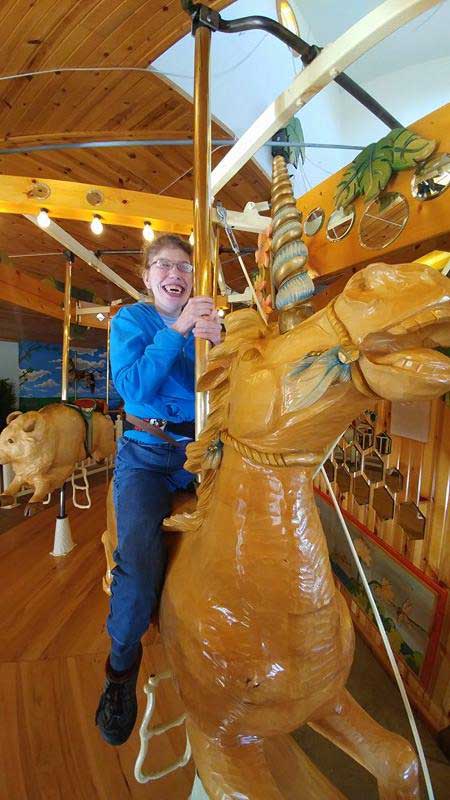